Advance Consulting and partners work with small and medium sized horticultural enterprises to increase their competitiveness in export markets. 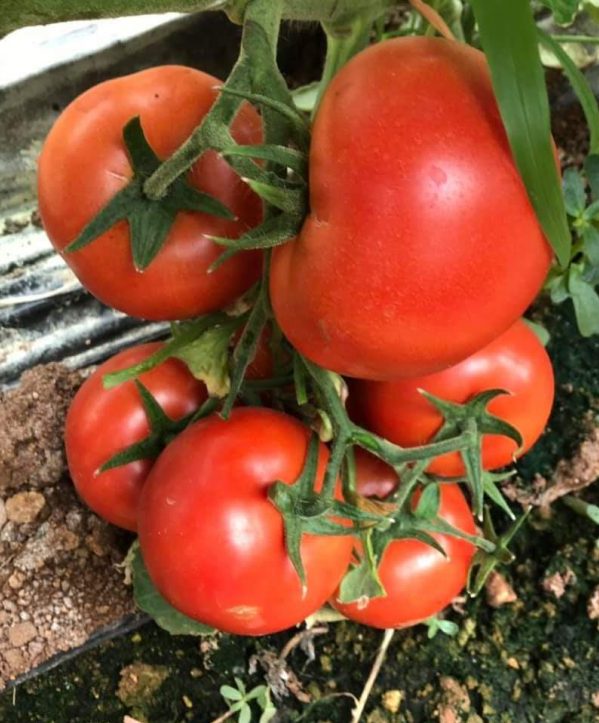 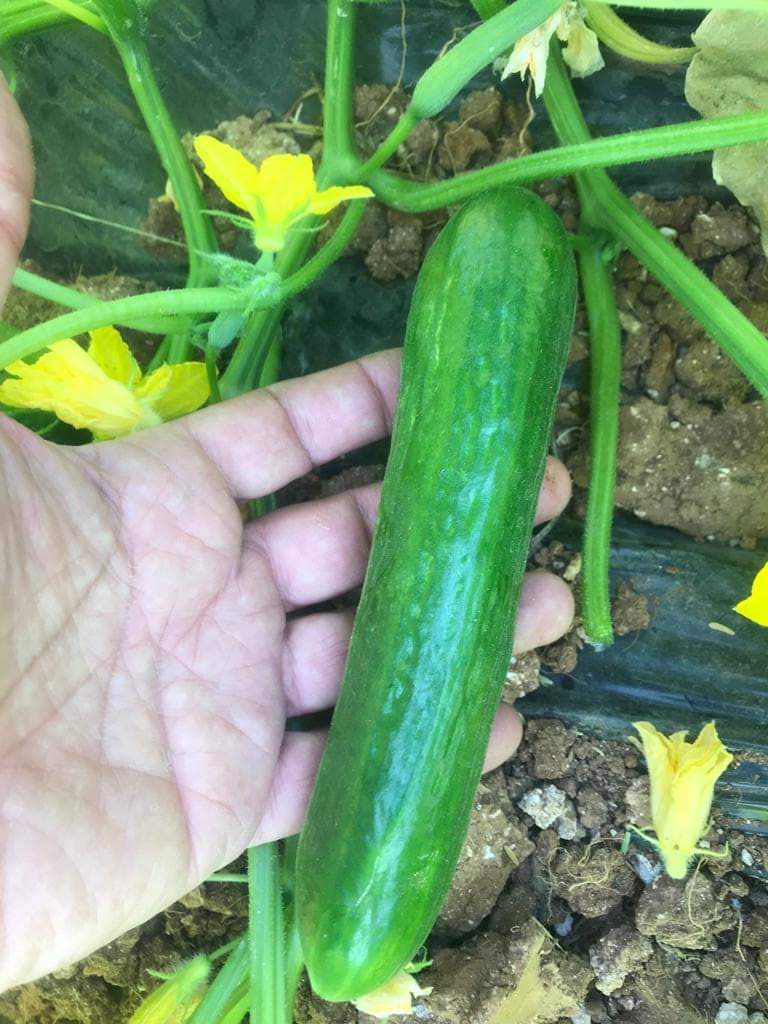 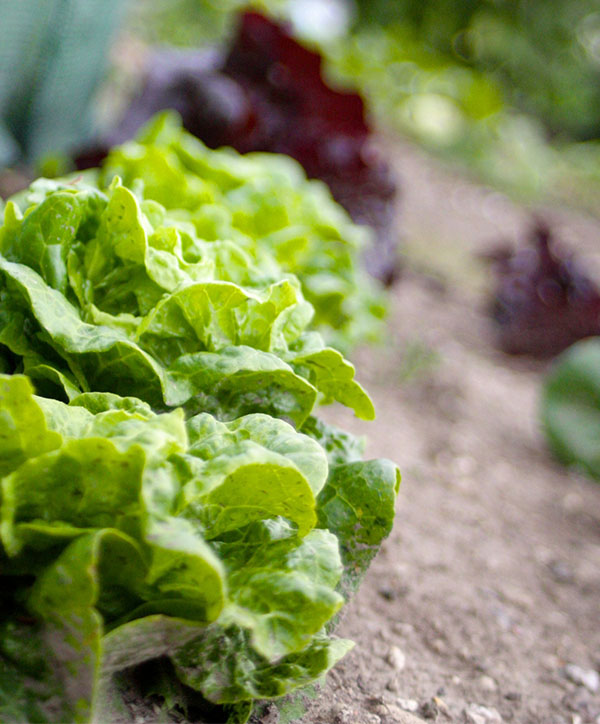 Achieve impact at 580 Jordanian vegetable farms and develop recommendations for scaling up.

Advance Consulting implements a 3-year horticultural pilot project in Jordan. The project started in January 2019 and is financed by the Dutch government. Advance Consulting works with small and medium-sized horticulture farms in Jordan to improve their competitiveness. Together we test and demonstrate cost-effective innovations at vegetable farms in the Jordan Valley and the Highlands with the aim to:

Produce healthy crops with no residues

Together with experts from Wageningen University and Research 10 types of production improvement pilots have been set up and monitored. In total we carried out over 120 seasonal pilots, with 72 small and medium-sized horticultural farmers.

The outcomes of these pilots have been used to develop recommendations for scaling up sustainable and market-driven innovations in Jordan’s horticulture sector. Through field days, training events and publications we have informed growers and others interested in Jordan’s horticulture. The pilot project Holland Horti Support Jordan achieved impact at 580 Jordanian vegetable farms.

Holland Horti Support Jordan has activities in 4 main regions: Greater Amman, Jordan Valley, Northern Highlands and Suknah. Find out more by hovering over the green dots on the map.

Greater Amman Highlands
Farming in the Highlands around Amman is popular due to its strategic location: agricultural input supplies, the main domestic markets and the export houses are nearby. The climate in the Jordanian Highlands is characterised by cold winters (5 – 10°C) and hot dry summers (around 30°C). Water and land for farming are becoming scarce and expensive due to the rapid urbanization. Production periods for horticulture crops in this area are from around March until October.

Jordan Valley
Vegetable crops are grown on more than half of the arable land surface in the Jordan valley. The valley is known for its fertile soil and favourable climatological conditions in the Winter. Growers in Jordan Valley once had a unique competitive advantage for being able to continue growing crops during winter time. This position is now under pressure due to export limitations to the neighbouring countries of Syria and Iraq which also acted as a gateway to Europe and Russia. Now, there is also fierce competition during the winter months in the Gulf region due to an increase in the Gulf’s own production. Summer production in July and August is hardly possible due to the very high temperatures in Jordan Valley. In the last two decades some farmers switched to growing date palms in this area which has been relatively successful. 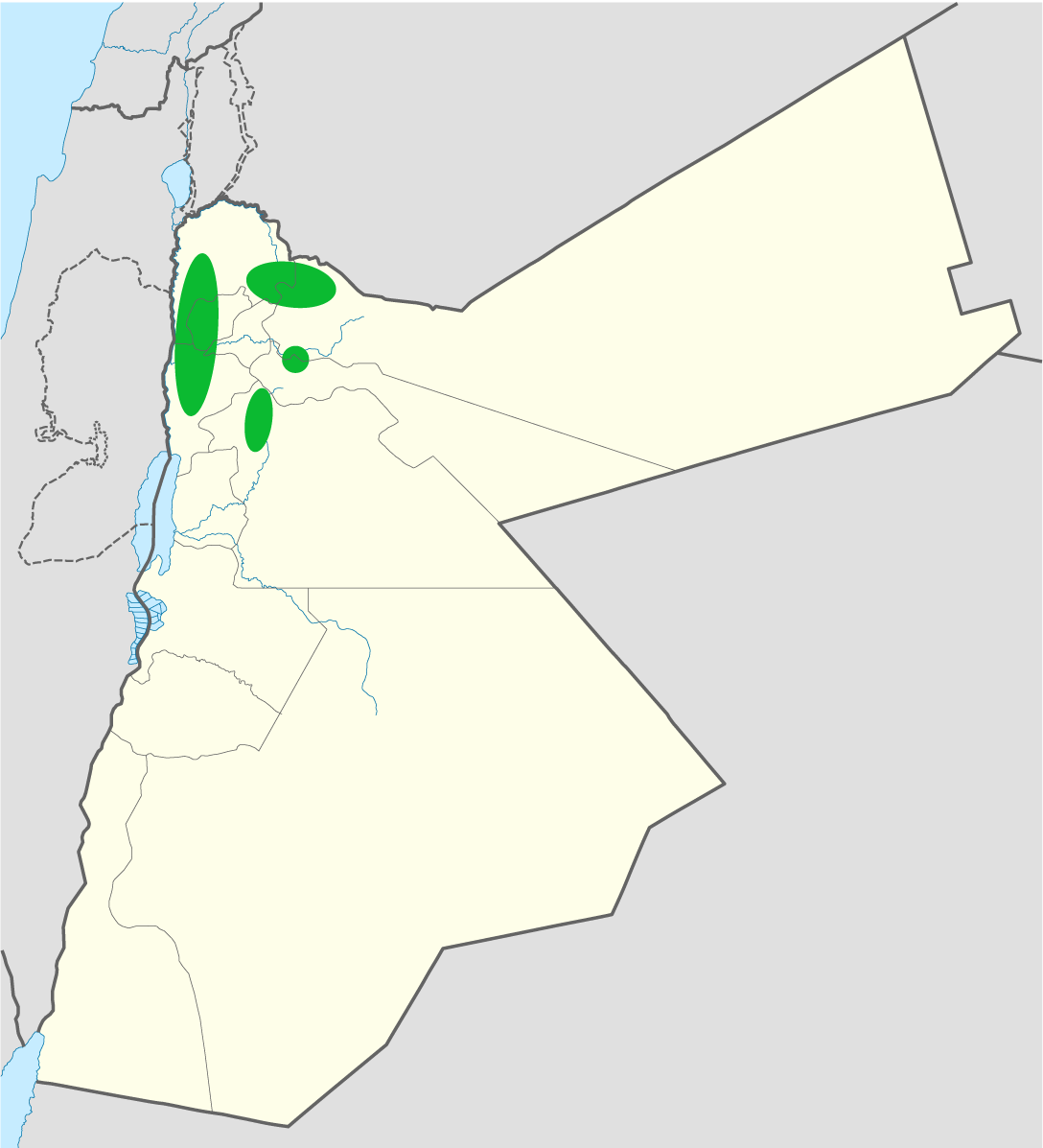 Move your mouse over the green regions on the map.

Northern Highlands
The Northern Highlands, around Mafraq, Ramtha and Irbid, was known for production of cereal crops since the Roman Empire. Rainfed agriculture has remained popular but horticultural open field production has gained in popularity in the last 10 years. From a market perspective, the export window has become more favourable than in the Jordan Valley because of the longer growing seasons. A limiting and concerning factor is the severe scarcity of groundwater in this area.

Sukhnah
Suknah is a small semi-Highlands area at the Zarqa river, therefore having access to water year round. It is only 1000 dunums (100 hectares) large and known for its potato production, citrus trees and lettuce, as well as other leafy crops. Sukhnah is less harsh in winter compared to other Highland areas in Jordan giving it slightly earlier production. The coverage by surrounding hills makes this region less dusty. These factors and the proximity to Amman make Sukhnah a good location for growing leafy crops. 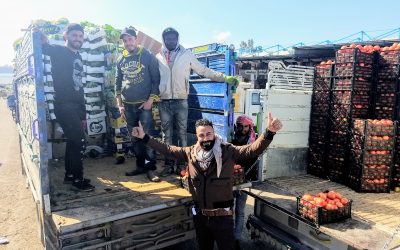 Holland Horti Support Jordan has monitored price developments of key vegetable crops during the months June and July 2021. With the right market information and understanding of local and export market demands, you can use market trends to your advantage. Doing your...

END_OF_DOCUMENT_TOKEN_TO_BE_REPLACED

Holland Horti Support Jordan has monitored price developments of key vegetable crops during the months April and May 2021. With the right market information and understanding of local and export market demands, you can use market trends to your advantage. Doing your...

END_OF_DOCUMENT_TOKEN_TO_BE_REPLACED 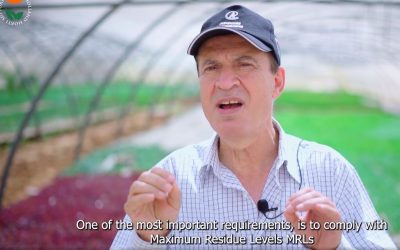 How to reduce chemical residues in agricultural produce from Jordan, and its importance for export. Check out our new video on improving spraying practices and Maximum Residue Levels! https://www.facebook.com/633973477243835/videos/307467140915169

END_OF_DOCUMENT_TOKEN_TO_BE_REPLACED 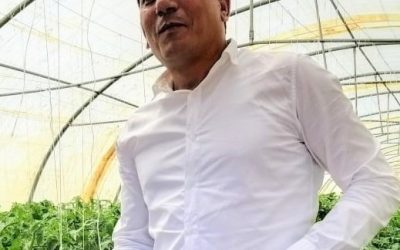 Mr. Naeem Abu Doush is very adept in motivating farmers in Jordan Valley for the innovations of the pilot project. He has hosted the third farmer training day on fertilization in Jordan Valley and he made sure that the attendance for this training was the largest yet....

END_OF_DOCUMENT_TOKEN_TO_BE_REPLACED 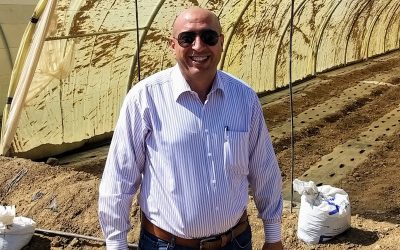 During the first farmer training in Jordan Valley, Mr. Yousef Abu Daie and his son were enthusiastic about the demonstration with the (leaf) blower for cost-effective pollination of tomato plants. They immediately went out and bought a blower to try out the...

END_OF_DOCUMENT_TOKEN_TO_BE_REPLACED 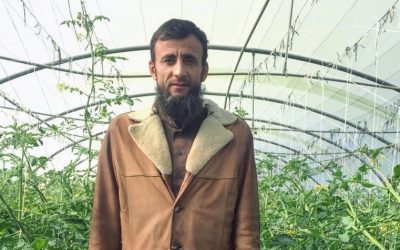 Having farmlands in the Northern Highlands and in Jordan Valley, Mr. Abdelrahman al Taweel is a farmer all year round. He is currently one of the few farmers in Jordan who is using bumble bees for pollination and trying out grafting for tomato plants. This showcases...

END_OF_DOCUMENT_TOKEN_TO_BE_REPLACED
We use cookies to ensure that we give you the best experience on our website. Read more