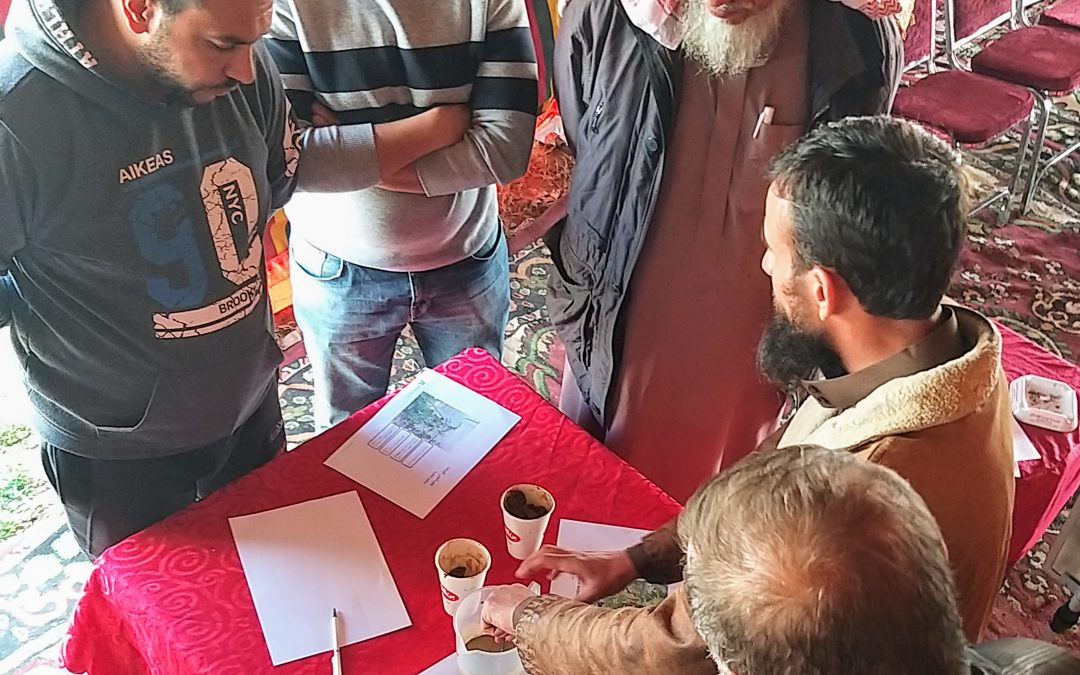 After a well-attended training on soil preparation and fertilization practices in January, February 20th training focused on the more practical application of this knowledge. With the help of Wageningen University & Research (WUR) agronomist Herman de Putter, 14 farmers and their staff took part in an interactive training on soil sampling. Before this training, all of the attendees already knew why it was important to know the contents of the soil before and after planting. What many didn’t know however, is that soil sampling is a relatively simple procedure that anyone can do.

A short refresher from the previous training on fertilization was given by Mr. de Putter on the importance of importance of knowing EC, nitrate and pH values of soil and water samples. Attendees were reminded that, in all cases it is important to know these contents before the plantation of a new crop, but also after planting, applying organic fertilizer or manure, and the first six weeks after the first irrigation. Training handouts were provided to the group on how different factors can cause a crop to become vegetative (plant growth) and generative (fruit production). Included in the training were factors of:

After the short refresher, the trainees gathered around the four field laboratory setups. Some farmers brought their own soil samples with them from a planted tunnel which were used for the demonstration. With clear step by step instructions from Mr. de Putter, the four groups were:

One farmer was surprised by the very high EC-value in his sample and thought that the measuring device was faulty. But after a brief discussion with Mr. de Putter it was concluded that the sample must have been taken from the walking area in between the crops where much of the irrigation water and fertilizer is drained to. With a brief instruction, the trainee then understood how important it is to take a sample from the right area, from different parts of the greenhouse.

After a concluding Q&A session with the trainees, the local project team thanked partner farmer and host Mr. Marwan Shalaan for his hospitality and the trainees filled in a survey to evaluate the training session.

We use cookies to ensure that we give you the best experience on our website. Read more